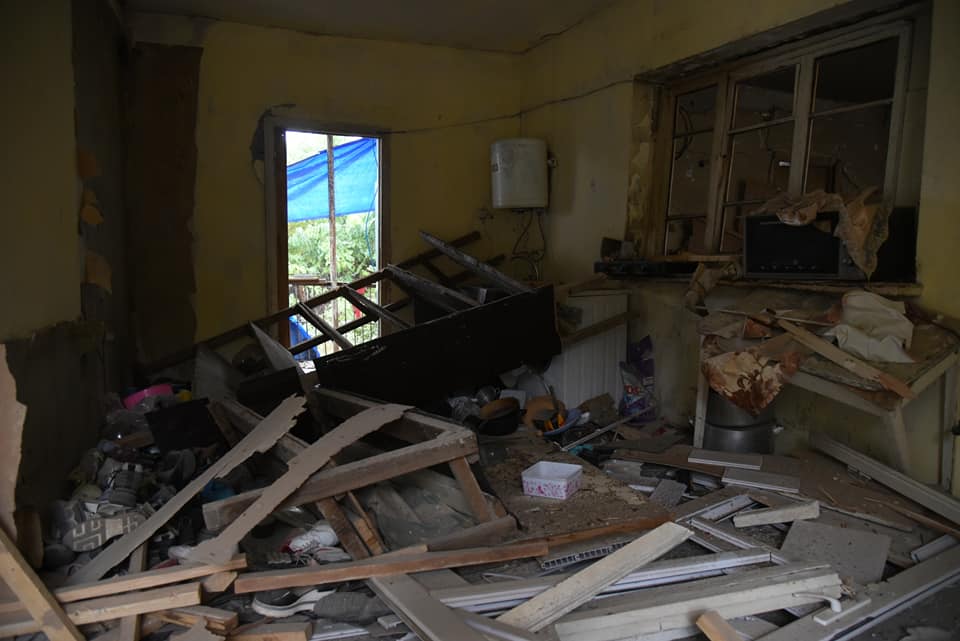 Within the framework of the fact-finding mission, launched by the Office of the Human Rights Ombudsman of the Republic of Artsakh, a thorough research and analysis of the cases of criminal encroachments, committed by the Azerbaijani armed forces against the civilian population of Artsakh, for the 27.09.2020-04.10.2020 time period, have been conducted. The results are presented below:
As of October 4, a total of 19 civilians have been killed – A little girl, 7 women and 11 men. The child, five women and 4 men were killed in the yard of their houses, the others – in public places of different settlements (central square, residential district). Deaths were recorded in Stepanakert (7 persons), Martuni (6 persons), Hadrut (1 person), Martakert (3 persons), in the village of Alashan (1 person) and in the vicinity of the village of Mets Shen of the Martakert region (1 person).
A total of about 80 people were wounded, of which 60 received serious injuries. 48 of them are male and 12 are female citizens.
Twenty-four of the wounded were injured in the immediate result of a shell blast at or near their houses (eight of whom were in the backyard of an apartment building), 6 – as a result of targeting and shelling the passenger car while being transported to a relatively safe place, 7 – as a result of targeting the building of the State Emergency Service, which carries out humanitarian functions, and 23 – as a result of targeting other public places.
The injuries mostly involve upper and lower limb and facial fractures, in the form of shrapnel wounds.
In Stepanakert and adjacent to it places 22 civilians were wounded, in the town of Hadrut in Hadrut region – 6, in Taghaser village – 3, in Vardashat – 1, in Martuni regional center of Martuni region – 12, in Spitak Shen – 1, in Martakert town of Martakert region – 2, in the visinity of Maghavuz community – 5, in Nerkin Horatagh – 2, in Alashan – 3, in Mataghis – 1, in karvachar town of Shahumyan region – 2 persons.
Since September 27, the Azerbaijani armed forces have targeted more than 60 civilian settlements in the Republic of Artsakh. As a result, numerous infrastructure and private property damages have been recorded. In particular, based on preliminary data, more than 2100 privately owned real estate (residential houses, shops, etc.), more than 240 cars, about 350 infrastructural and industrial facilities were seriously damaged.
We are reporting that today and yesterday Azerbaijan, using heavy missiles, bombarded civilian infrastructure and residential buildings of the capital Stepanakert of the Artsakh Republic. As a result, yesterday 4 victims and 10 wounded have beem initially recorded among the civilians. The information on the today’s strikes is being clarified.
We remind that the data are not final; the Office of the Human Rights Ombudsman continues the fact-finding mission and the results will be updated.
The Ombudsman stresses also that the casualties and injuries have been recorded because of the use by Azerbaijan prohibited weaponry and methods, and in recent days Azerbaijan has started to use heavy and wide-range missiles and aircraft against civilian population, some of which are of cluster munition type.
Moreover, in the last two days, in Stepanakert and a number of other settlements, the Azerbaijani armed forces have deliberately and intentionally targeted vital infrastructure, which is a serious war crime that deepens the humanitarian crisis in Artsakh.
As of October 4, the data of the victims of the military aggression unleashed by Azerbaijan are:
1. Lesmonia Stepanyan, 1941, Hadrut town
2. Viktoria Gevorgyan, 1961, Martuni town
3. Ellada Balayan, 1961, Martuni town
4. Erik Grigoryan, 1996, city of Stepanakert
5. Lyuba Mamunts, 1957, Martakert town
6. Larisa Mamunts, 1959, Martakert town
7. Hrant Khachatryan, 1955, Martakert town
8. Grisha Narinyan, 1992, Martuni town
9. Armen Hovsepyan, 1985, Martuni town
10. Valerik Dadayan, 1956, Martuni town
11. Non-identified, Martuni town
12. Non-identified, Alashan village
13. Ruzanna Hovhannisyan, date of birth is not defined yet, Stepanakert
14. Hovik Aghajanyan, date of birth is not defined yet, Stepanakert
15. Non-identified, Stepanakert
16. Suren Mirzoyan, 1962, Stepanakert.
17. Three others’ are also unidentified yet from Stepanakert.

Artsakh (NKR) Supreme Court does not reinstate anyone at work

An unprecedented case, a judge has filed a lawsuit against the media editor-in-chief for defamation. 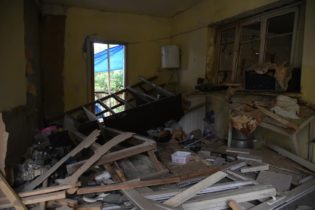